A lot of people now use keyless systems, also called remote opening systems, to enter cars and garages easily. These fobs enable people to slide into their vehicles, even when their arms are loaded with groceries, or park their car inside their garage without getting out. It’s a small convenience, but one that makes life a little smoother. For a few weeks, however, the key fobs of residents of an Ohio suburb inexplicably refused to work.

Residents of a neighborhood in North Olmsted, Ohio were perplexed when their keyless opening systems stopped working for a few weeks. The mysterious malfunctions started in late April, and affected car fobs and remote openers for residential electric garage doors. The phenomenon attracted the attention of repair companies, ham radio enthusiasts, and investigators.  They all agreed that something was interfering with the transmitting system of these appliances.

Over the next few weeks, various groups tried different methods to pinpoint the source of the problem. They also cut off the power in several places to determine if the phenomenon was dependent on electricity. When these methods failed, the investigators used signal detectors to try to locate the source.

The signal detectors eventually pointed to the home of a resident who had an interest in amateur electronics. He had created a device that used the same system to remotely turn a light on or off. But it sent out such a strong signal that it stopped other devices that used the same frequency from operating. Local authorities informed him of the unknown side effect of the device and the resident shut it down, restoring the use of key fobs in the area.

The Mechanics of Remote Opening 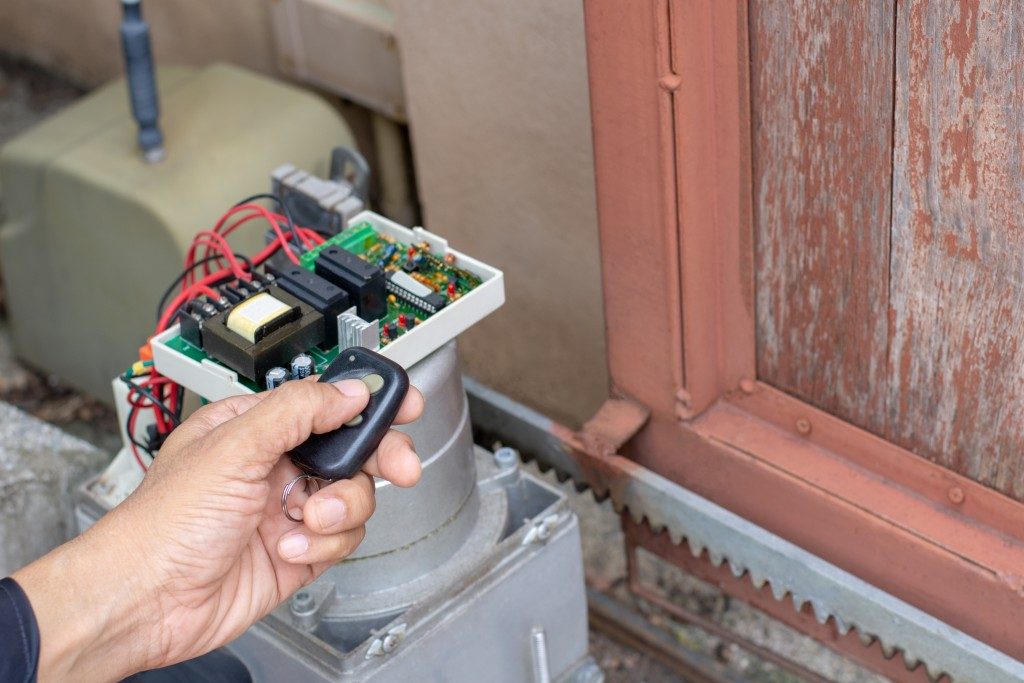 To understand how a device that was supposed to turn on or off a light affected car keys, it’s important to know how these systems work in the first place. A keyless system works by using radio frequencies to send out and receive instructions. A remote opening device has a transmitter, while the car door or garage entrance has a receiver.

When someone presses a button on a keyless fob, the transmitter sends out a signal on a radio frequency. The receiver interprets the signal and performs the desired function, for example, turn on a light or open a door.

There are some concerns over technologies that can allow criminals to intercept a signal and allow them to access a vehicle. Thieves can use radio scanners to capture signals when a car owner uses their key fob and give them a way to enter a car. But manufacturers have developed sophisticated methods to prevent such scenarios.

Sometimes, they allow a device to create a rolling code. These codes can be up to 40 digits long and can have as many as nearly 1 trillion combinations. A controller chip synchronizes the key fob transmitter and the signal receiver. Together, they generate a different code from the billions of possible combinations with each use. Any code captured by a radio scanner becomes useless, because of the constantly changing code.

Unseen forces, like radio waves and microwaves, constantly surround and support people today. A huge portion of modern society relies on these things to function.  The incident in Ohio communicates how much these invisible waves help keep people’s lives flowing smoothly. Sometimes, what is unseen can affect lives the most.