More Homeowners Want to Renovate Rather than Move in 2021

American homeowners are choosing to stay in their current home rather than shop for a new one.

In the past year, because of the pandemic, the country witnessed mortgage rates plunge to their lowest levels ever. It led to a housing boom. While other industries suffered because of the lockdowns and the economic recession, the housing market was alive and well.

In fact, emboldened by the low mortgage rates, Americans bought a total of 5.6 million homes during the pandemic – the highest number of houses that changed hands since 2006. Residential construction also had its busiest year in 2020.

Not everyone, however, decided to move. While they took advantage of the low mortgage rates, many homeowners in the United States are spending cash on a major renovation.

In the survey conducted by DEWALT, more than half of American homeowners (52 percent) are considering renovations over moving to a new home. This is due, in part, to the shortage of available houses driving up the cost of owning a real estate property in the U.S. More than seven in 10 American homeowners are also planning on starting a home renovation project in the next six months.

Moreover, many homeowners are ready to splurge on major home improvement projects. About 64 percent of those who plan to renovate said they are willing to spend more than $10,000 for it. About 28 percent are expected to shell out at least $30,000.

The survey also revealed that most homeowners (84 percent of respondents) have the intention to hire a general contractor for it, and more than half (56 percent) have already reached out to one.

The home renovation buzz will likely continue for the rest of the year. 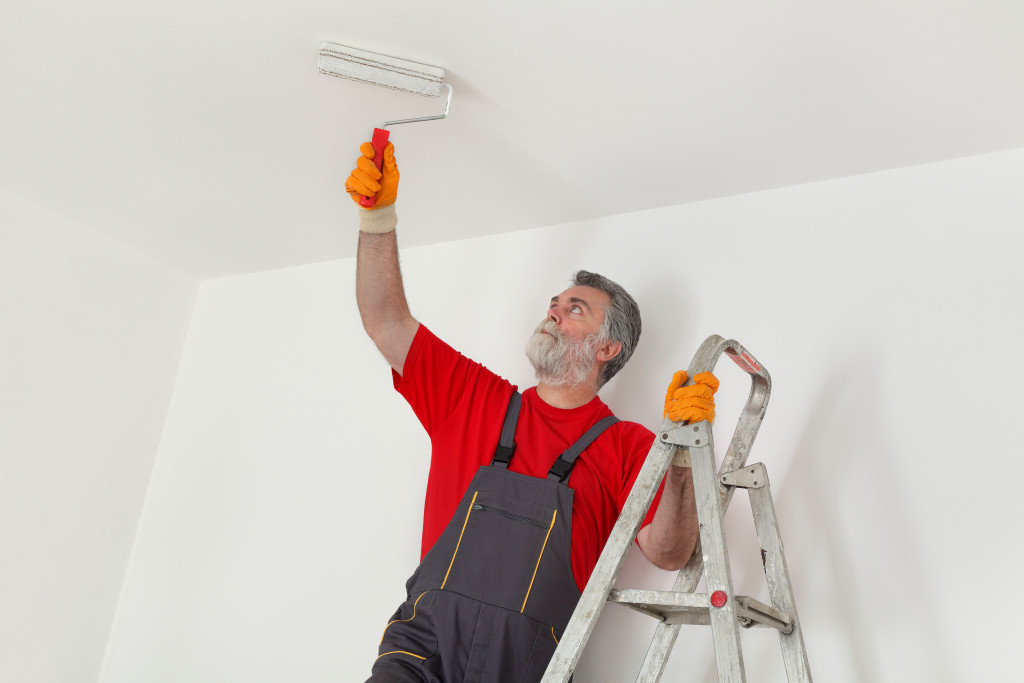 The pandemic influenced the decision to pursue home renovation, according to homeowners. People, after all, had to spend the past year at home. Many of them noticed things that they wanted to change or realized that they needed more space for various activities that they now had to do at home, such as work or schooling.

However, most people said that the renovation project has been in their minds long before COVID-19. Homeowners were waiting for the right time, and that, for them, is now. About 36 percent of respondents in another survey conducted by Houzz said that, in the past year, they finally had the financial means to renovate the house – a slight jump compared to the year before. About 44 percent, on the other hand, said that they started the renovation project because they finally have free time.

The most popular home renovation project remains to be kitchen and bathroom improvement. Many people also want to give their porches and decks a makeover to have a comfortable outdoor living space. They are also spending money on bedroom remodeling.

In addition, home offices are also becoming more popular. Pandemic restrictions are now being lifted in the U.S., but many workers want to continue working from home. Some are even willing to take a pay cut or look for another job if their employer does not give them the option to work remotely permanently. They will need a space at home where they can do their work at peace.

However, homeowners should be ready to pay more than usual. Remodeling became more expensive in the past year because of several factors. The increased demand for labor and materials is one important reason why homeowners will likely see prices soar.

Analysts expect the trend to continue throughout 2021.

The disruption in the global supply chain also affected the cost of renovation in the past year, and that has not been resolved yet. Suppliers are still trying to catch up with the sudden increase in demand. It is not easy to expand production in an instant, either; more time will be needed to procure tools, develop the appropriate site, and hire the right laborers. The prices of lumber, copper wiring, steel, tile, and other building materials are increasing.

So, even new cabinets and home additions are seeing a steep rise in cost. Painting is one of the few home improvement projects that did not become more expensive in 2020. Its price only went up by 1 percent.

American homeowners will continue to have home renovation projects in the coming months. However, they need to be prepared. The cost of remodeling has increased in the past year, and it is expected to remain high for the rest of the year.