Assessing Your Child’s Intelligence and How to Develop It

Your baby could be smarter than you — or at least better at learning. Your newborn’s brain is like a sponge that takes in every bit of knowledge you present to him/her. Prepare for your child with more than just a crib and new wallpaper designed for kids give him/her the tools to navigate life by building a good foundation.

Here’s how you can do just that:

Babies can focus properly and make out words at 10 months. While you can’t just hand them a book and expect them to read it, flashcards with words and pictures work well. However, store-bought flashcards might not be enough. Babies learn at amazing rates and seeing a particular flashcard three times a day for a week can help develop their memories. 10-15 cards three times a day shouldn’t overwhelm your baby, but it might overwhelm you. You’ll run out of cards quickly and you might need to make some of your own.

Kids want your attention — even as babies. They will want to learn if it makes you happy. Be sure to give your approval as they look at the cards and watch them glow in happiness. Of course, you can also teach your kids respect, patience, integrity, and all the other virtues early on. While teaching babies about discipline and patience might seem impossible at 10 months, it’s actually not. Learn to say no and teach your kids to respect authority. If you wait until they’re three years old, it might be too late.

The Miracle of Language 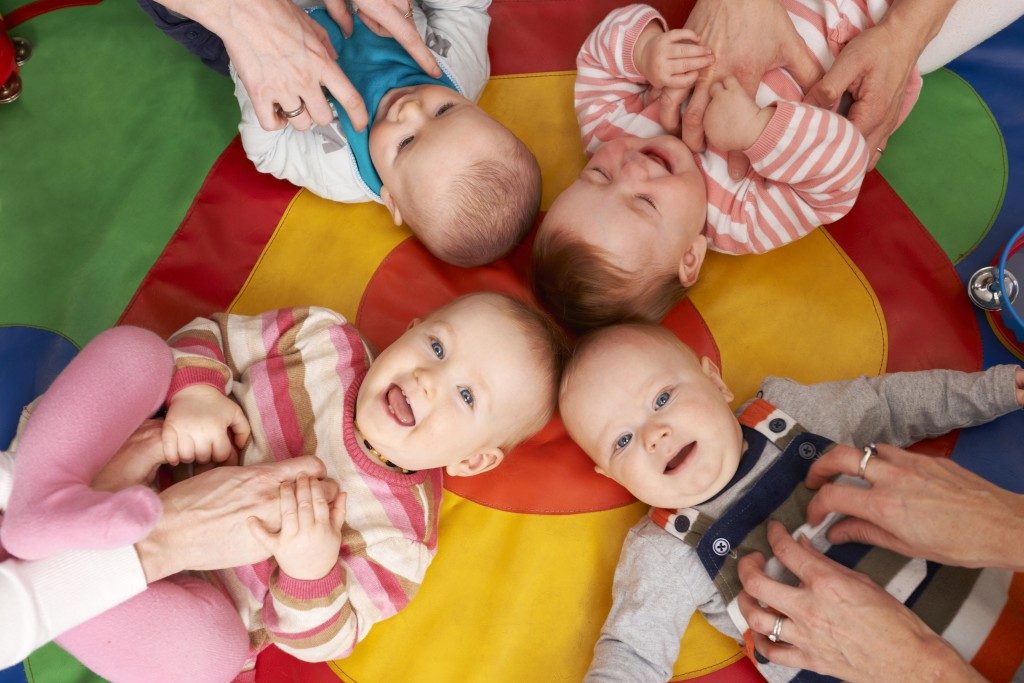 Most American families typically know a single language — English. Immigrants may know two or three, especially the ones from Europe. Belgians typically know three to five languages — all because of upbringing. Babies try to understand the context of the words spoken to them constantly, often figuring out the meaning and association of words after hearing them three to four times. The more languages your baby hears in the house, the more languages he/she will understand when he/she grows up.

Of course, the language must be consistent, with no baby talk and no simplifying words. It might seem strange to talk to your baby as an adult, but that’s how he/she can learn efficiently. Music is also a language — one of the easier ones for babies actually. Teach your kids how to recognize musical notes early on and they’ll have perfect pitch for the rest of their lives.

It might be tempting to use a tablet, a laptop, or a television program to teach your kids, but screens do more harm than good. Each hour of watching on the screen for children between the ages of one and three increases their chances of developing ADHD or attention deficit and hyperactivity disorder by the time he/she reaches seven. Educational TV shows, especially cartoons, are no exception. Learning apps and games are no different because the dopamine rush it gives your kids prime them for instant gratification.

Your child is no baby when it comes to learning. Give them the advantage by teaching him/her early. A few years can make a difference, especially if those years are between the ages of one and three.